A dramatic tattoo spread across John Renaud’s left bicep and shoulder commemorates the day the 38-year-old mineworker cheated death. The artwork depicts the Grim Reaper in a menacing pose, sickle in hand, above a date: November 18, 2013. As Renaud rolls up his sleeve, the triumphant part of the message is revealed: “Not Today!”

That day, one of those crisp November days when the ground crunches underfoot, began like any other day at BNI Coal’s Center Mine. Moments after the morning break, Renaud, a heavy equipment operator, was summoned to help pull a bulldozer out of the mud. 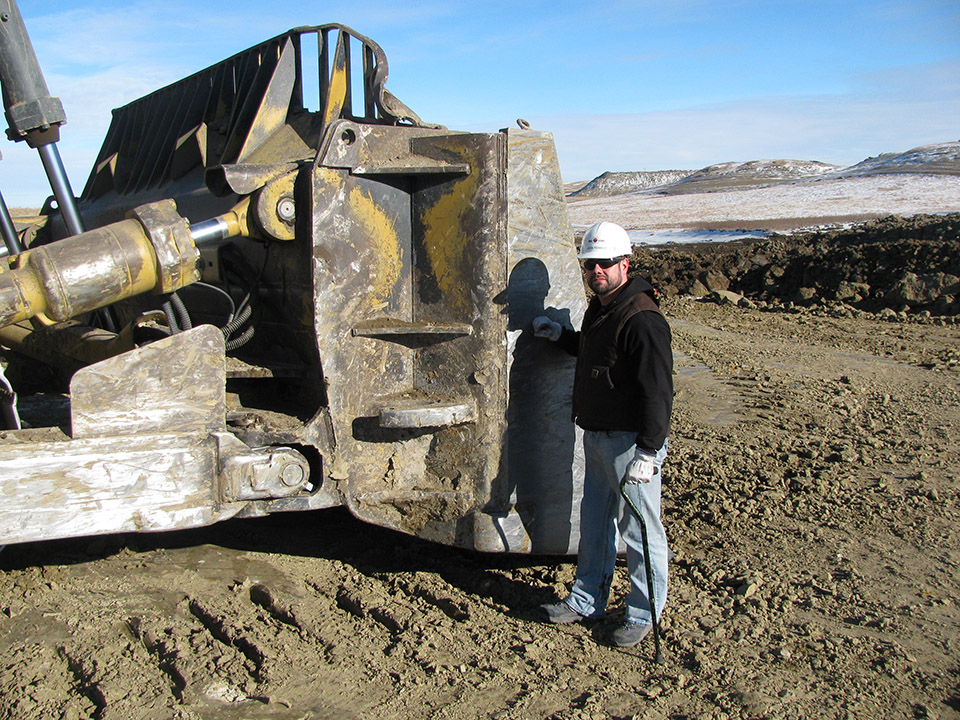 It took three scrapers hooked up in tandem and one scraper attached to the “dozer” via steel-stranded cable to pull the behemoth out of the mud. Once the dozer was on firm ground, the plan was to unhook the heavy cable from the dozer and let the scraper haul it out of the way. But, given the stiff mud caked around the hook on the side of the dozer blade, the cable held fast. Renaud sent another operator to fetch a shovel. Now alone, Renaud continued to wrestle with the cable. Suddenly, the worst happened.

“I had a memory lapse and put myself in a pinch-point, between the cable and the side of the dozer blade with the hook,” explained Renaud. Assuming the cable had been successfully removed, the scraper operator threw his machine into gear.

“I could see the back tires on the scraper spinning, trying to get traction, and suddenly the cable tightened,” he recalled. “It spun me around and cinched me, slamming the front part of my body against the steel dozer blade as the 1,000 horsepower machine continued to pull.” Recognizing the emergency, the other operators on site called the “all stop.”

Within a matter of seconds Renaud’s body sustained massive injuries.  His entire pelvis was crushed, the left side of it fractured where the sacrum meets the iliac. His right femur, or upper leg bone, was severed and, when Renaud hobbled out of harm’s way once there was slack in the cable, the bone’s jagged edge is what likely severed his femoral artery. He lost six units of blood.

“I crawled down and lay on my back and that’s where I remained until the safety director arrived on the scene,” Renaud recalled. “All this happened within minutes but it felt like days.”

The Oliver County ambulance rushed Renaud to Sanford Health where a team of five physicians sprung into action to stabilize him and save as much of the damaged body tissue as possible. Eventually, Renaud was put into a coma to assist the healing. After four days in Bismarck he was transferred to Hennepin County Medical Center in Minneapolis.

At Hennepin, Renaud was forced to make one of the toughest decisions of his life. The doctors could not restore full function to his right leg. The way they put it, he had two choices: save as much of the leg as they could—a cosmetic choice, as they said he’d never walk again; or, amputate the leg and get fitted right away for a prosthetic, assuring a certain quality of life.

“I said take the leg, and they told me they’d let me think about it for a while,” Renaud recalled. “I said there’s no decision—I’m either gonna walk or I’m not. It was the hardest, easiest decision of my life.”

Altogether, Renaud spent four months in hospitals and underwent multiple surgeries. A grinding regimen of physical and occupational therapy followed. Mental anguish accompanied the physical challenges. The violent nature of the accident triggered PTSD symptoms that persist to this day and, when it was time to put the pain pills aside, Renaud had to deal with the night terrors and cold sweats of opioid withdrawal. Along the way, his marriage of nine years crumbled. 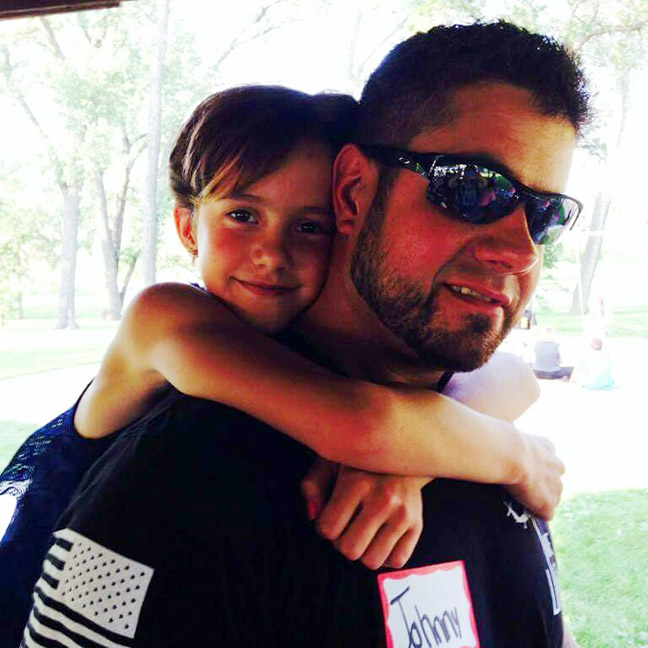 “There were times lying in the hospital bed I thought swallowing a bullet was my answer, but the thought of my eight-year-old daughter kept me going. All I could think about was how I was going to one day walk from point A to point B hand-in-hand with her.”

The Canadian-born Renaud, whose father was an underground miner, credits both his upbringing and military background for the resiliency it took to recover. As an airborne paratrooper in the Canadian Army, Renaud served tours of duty in Bosnia and Yugoslavia. Doctors said his physical fitness was a huge factor—in November of 2013 he was in training for MMA cage fighting.

“I don’t know if there’s ever a time to get injured like that, but if there is, it was that time for me,” Renaud said. “The overseeing physician told me that he could read every medical book known to man and he would not find an answer why I lived through this.” 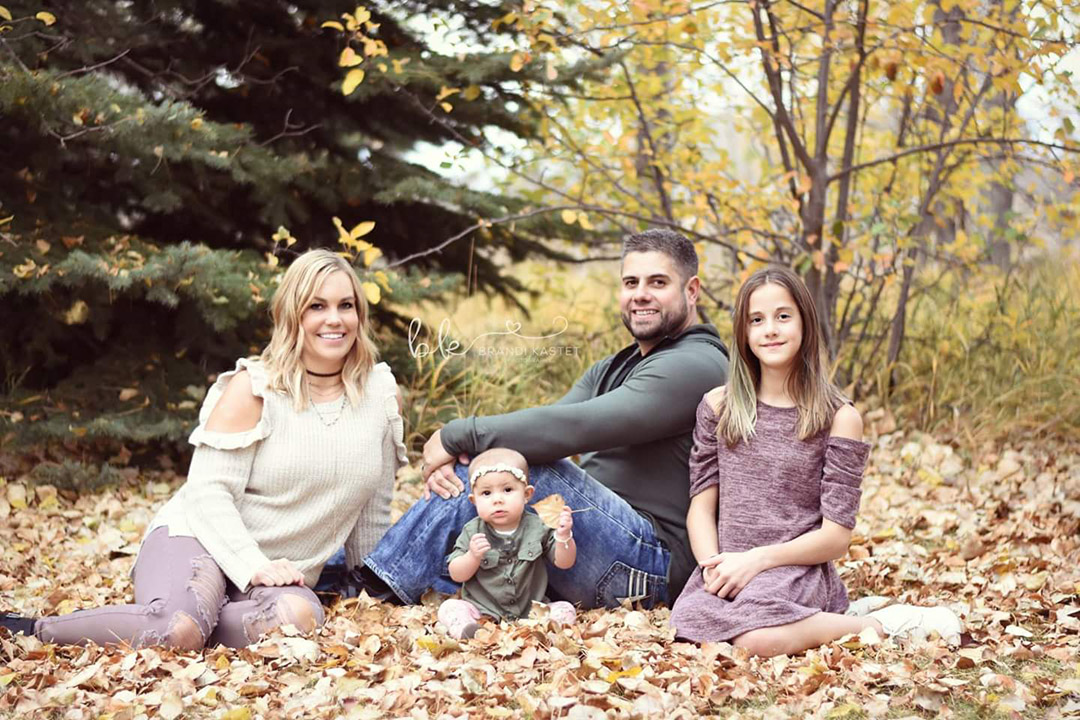 As testament to his indefatigable spirit, Renaud walked on his prosthesis only five months after the accident and he fulfilled the goal of walking in tandem with his daughter. He expressed gratitude for the 27 physicians that had a hand in his survival and recovery, as well as the first responders, the employees on site who attended to him, his physical and occupational therapists, WSI case worker, family, and others. Renaud has carved out a new life, which includes a fiancé and an infant daughter.

“You either get busy living, or you get busy dying,” he remarked.

Now with BNI Coal for six years, Renaud’s new position is Safety Specialist. Back at work early in his recovery, he took advantage of a WSI retraining program and completed an applied sciences degree in Occupational Safety and Health. A PowerPoint presentation he developed about November 18, 2013, is in demand in the industry. His personal and emotional account of trauma and recovery emphasizes awareness, hazard recognition, and communication.

“Delivering the presentation can be difficult because PTSD symptoms sometimes surface,” Renaud admitted. “But if my story saves someone else from having to go through what I did, it’s worth it—then I’ve done my job.”