Marlowe Ann Regan was happy as a baby, child, and young adult. According to her dad, Tom, she was ebullient – she could walk into a room and liven up the place. She had a great, contagious laugh and a real good giggle … Tom can still hear her giggle in his head. 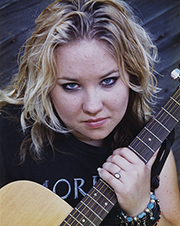 Tom and Patti Regan lost Marlowe, their oldest daughter, in a single-car crash in May 2006. Marlowe was 21 and worked at Sykes while living in Minot with her boyfriend, Michael. The day she died was her brother Walt’s 19th birthday. Marlowe was traveling from Minot to Bismarck to celebrate his birthday with the whole Regan family.

“We were washing Patti’s van in the driveway and we wondered why Marlowe wasn’t there yet,” Tom remembered. “It was getting kind of late and all of a sudden we saw a sheriff’s car pull up.” When Chaplain Dan Sweeney got out, Tom thought Dan was just stopping to say hello since they were friends. But then he saw a deputy sheriff was with him. “They walked up to us, and I had an inkling something was wrong. Maybe it was the look on his face. I thought…‘oh shit.’”

“Dan asked if our kids were home and asked us to gather the family. He got right to the point, asking us if our daughter was on her way here, if she owned certain clothing, and drove an SUV,” Tom recalls. “Then, he told us that she had died on the highway south of Max. It was the worst day of my life.”

Tom has wondered many times since that day, 10 years ago, what caused Marlowe to crash. If her boyfriend had been with her, would it have been prevented? Did a deer or rabbit cross the road in front of her causing her to swerve? Was there a wind gust? Did she glance down at her phone and get too close to the edge of the road? Was it just a little thing?

“As parents, we’re supposed to be protectors. When this happens, you feel like you should have protected her,” Tom said.

In the accident recreation, Marlowe had not been speeding, the weather was perfect and she was buckled in. The SUV she was driving rolled twice and ended up in the north bound lane facing north. The driver’s door had popped open, at which point Marlowe was partially ejected and crushed.

“We will never really know what happened, but my theory is distracted driving,” said Tom. Marlowe loved to listen to music at full volume which meant she could not hear her phone ring, and she was in the habit of glancing at it to check for calls. “When I meet up with her in heaven, I’m going to ask her ‘what the hell happened?’” 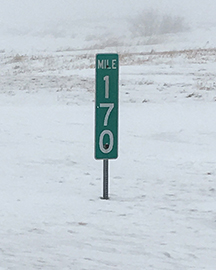 Two months after Marlowe’s death, Tom visited mile marker 170 where her vehicle was originally found. “I held tiny pieces of the diced glass from the car and wondered why I was holding these things like they were relics – like they were important,” remembers Tom. “The road is a bit winding and there was virtually no shoulder in that area south of Max. If you got distracted and went over the edge, you would feel like you dropped off a curb and likely overcorrect.”

Tom later testified before the highway committee at the North Dakota legislature, asking them to improve that stretch of highway. Since then, a shoulder has been added to both sides of the highway near Max.

Tom believes God had nothing to do with Marlowe’s crash. He says he is a happy person pretty naturally and totally skipped the angry stage. “I knew it was just a bad deal. It had to be just a little thing that caused it,” he believes.

Marlowe enjoyed coloring, painting, and drawing. Her mother, Patti, has a degree in commercial art and taught art at home for a while. Marlowe had quite a portfolio and especially enjoyed drawing actors and musicians. Jim Morrison was Marlowe’s favorite subject to draw. “She was way into music and that’s something the three of us had in common,” said Tom. “Marlowe and I used to share a lot of music – always a singer/songwriter. She would say ‘Oh you have to hear this’ and we would listen to whomever she had discovered.”

“After we lost her, we looked in her notebooks and sketchbooks, and thought when did this girl sleep?” Tom recalled. Marlowe had volumes and volumes of diaries, journals, and drawings.

“In fact, she had just done a drawing of David Bowie and supposedly had it in the car with her because she wanted to show us. We scoured the landscape and the bushes near the crash site but never found it. That really hurt,” Tom said.

The week of Marlowe’s funeral, Tom felt the need to pull his family together and lift them up. She died on a Saturday and the family didn’t see her body until the following Wednesday, two days before the funeral. Tom, a recovering alcoholic, knew he had to draw on The 12 Promises of AA to help himself and his family get through this tragedy. One of the promises is that you will instinctively know how to handle situations that used to baffle you.

“By the grace of God, I had to prepare my family,” said Tom. “For the funeral, I remember telling them, ‘We have to do this with as much dignity and honor as we can muster. We are going to see Marlowe’s remains but she is not really here.’ The life was out of her and it helped for me to tell my family that.” 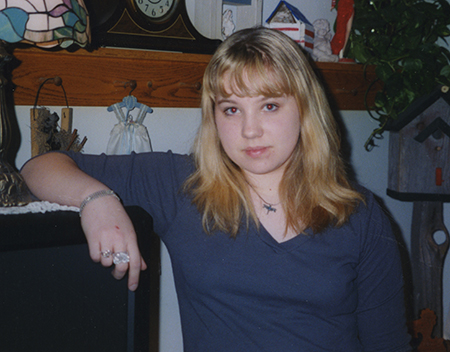 The song “Tears in Heaven” by Eric Clapton was sung at the funeral. It is a song Clapton wrote about losing his 4-year-old son. “It was huge,” Tom reflected as he choked back tears. “The community buoyed us up. I can’t believe who all came out to support us. Community had so much to do with getting us through – so important in tragedy and trauma.”

As time has passed, Tom said he and Patti still feel cheated. They were looking forward to going to Marlowe’s wedding and seeing what kind of mom she would have been. She and her boyfriend were talking about getting engaged that October. Visions of what she would have been like as a bride, or as a mother, hit especially hard when Marlowe’s childhood best friend, Lexi, got married. Tom and Patti attended the wedding and caught themselves thinking the maid of honor was missing – as it would have been Marlowe. They wish they would have had the chance to see her be married, to walk her down the aisle. 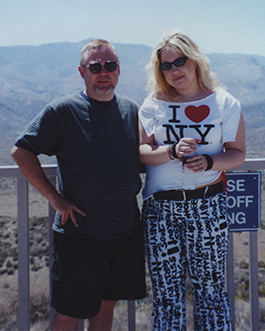 “That loss gave me the courage to just totally shake up my life and live on a different plane – a spiritual plane,” he said. “I don’t have patience for fools anymore. I only hang around with people who bring me up and not bring me down. You have to hang with winners, in recovery, as misery loves company.”

“Patti and I asked ourselves ‘do you think we could ever go through this again if one of our other kids were to be killed?’ It is one day at a time. And sometimes one minute at a time. The answer is, ‘I don’t know,’ ” Tom said. “Grief is indeed the price of love.”