Dawn’s Story: IF ONLY

When Dawn Chisholm placed her routine late afternoon “check in” call to her husband, Bill, that bitterly cold day, February 7, 2002, he didn’t answer his cell phone. So she called the scale house at the Leonard location of the Chaffee-Lynchburg Farmers Elevator, his place of employment. The general manager answered, which Dawn thought was unusual. Once he confirmed it was Dawn and that she was driving, he asked her to pull over. Her heart sank. 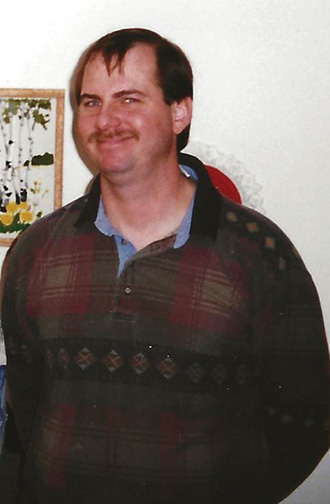 “Dawn, there has been an incident and Bill is trapped in a grain bin. We’re trying to get him out right now.” The general manager then instructed her to drive home and wait for his phone call.

Dawn knew right away she could not comply with that request; her husband’s life was on the line and her place was to be with him. She was westbound on I-94 near Fargo rounding the curve by the Horace exit when the nightmarish call occurred. During the next 40 minutes she alternated between reciting the Lord’s Prayer and pleading with God to spare her husband. She called her mother and the babysitter.

It was snowing and daylight was fading into winter darkness as Dawn pulled into the 50-yard driveway of the elevator facility. She was confronted with a full-scale rescue scene. Bright lights invaded the space, the Sanford Life Flight helicopter was perched to the right, and a red fire truck loomed large just ahead.

As Dawn stepped out of her van a first responder immediately intercepted her, guiding her past the bin and into the scale house. No one would make eye contact. A cold, empty sensation enveloped her.

“Time stopped. People are talking, their mouths are moving, but I hear nothing,” she recalled. “Friends and family start showing up, but I don’t see them. I’m numb, and I’m so, so cold.”

Rescue efforts turned into a recovery operation. It was suggested to Dawn that she head home but, understandably, she needed to see her beloved Bill. Stepping up into the ambulance was an act of courage.

“Two mountain-size steps led into the ambulance. I instantly could see my Bill—my husband, the dad to our children, a son, a brother, a co-worker, a child of God—lying still, lifeless, on a gurney. A blanket concealed his foot and lower leg, the same foot that slipped on the loose corn, the foot that was pulled into the rotating, spinning, unshielded bin sweep’s auger.”

Dawn has never been angry with her husband for entering the bin without a safety harness and not taking other precautions. Apparently, corn had crusted alongside the wall, and when Bill scooped into it to break it up, corn came rushing down and knocked him into the auger. 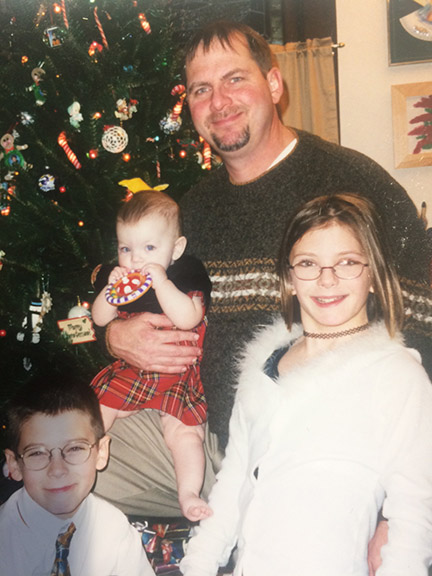 “I’m not mad at Bill. Knowing him, he just wanted to get the job done and get home to his family.”

Dawn, who was born and raised near Alice, North Dakota, was 37 when she lost Bill; he was 40. He left behind his wife and three children: Sara Rose, 10; Alex William, 8; and Anna Irene, 11 months. The family called Casselton home at the time. Dawn was now faced with working through the grief, rebuilding her life, and finding a new normal.

“Thank God for my baby, Anna. Otherwise, I probably would have curled up and stayed in a ball,” she stated.

The extreme hardship she endured compelled Dawn to develop a safety presentation for the agricultural industry. Remarkably, she said she knew the day following the accident that this would be her destiny. She delivered her first presentation in February of 2017 and she’s given several since.

“God knew the timing. He knew it would take 15 years to talk about the accident without crying.”

Appropriately, the presentation is entitled “If Only.” At the beginning of each address Dawn is deliberate about putting on a safety harness, each time asking an audience member to count down the seconds it takes her to strap in.

“Twenty to thirty seconds is all the time it could take to save your life,” is her poignant message.

The presentation recreates in stark detail the horrible events of the day her family’s life changed forever, including the delicate moment she told her children what had happened. She also recites a heartbreaking litany of the childrens’ “firsts” Bill has, or will, miss: the baby’s first steps; his son’s aspirations of becoming a firefighter, certainly influenced by the tragedy; walking his oldest daughter down the aisle.

Emotional pain still bubbles to the surface with each retelling, but she is passionate about her calling to warn others about safety risk. “I’m not telling this story so you feel sorry for me,” she said. “I’m telling you this story because if I can save just one life, I’ve succeeded.”

Happily, her presentation also unveils her new life. Dawn remarried in 2004, adding four stepchildren to her family. “So we are a blended family of nine, continuing to grow with significant others and grandchildren.”

Dawn gives a lot of credit to her husband, Randal, for his total acceptance of her calling to help save other husbands, wives, mothers and fathers by talking about her former husband and that tragic day. 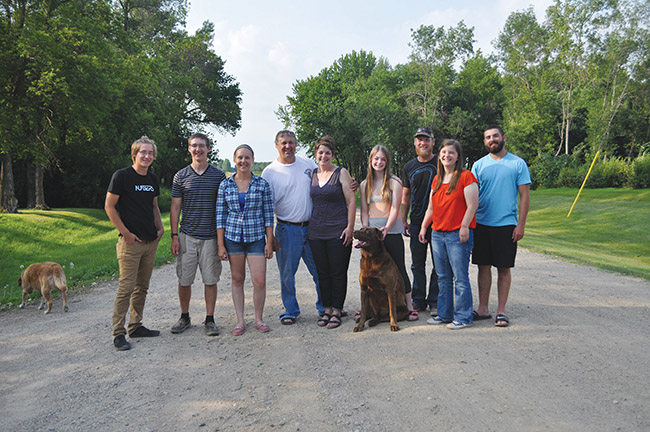 “If I could go back, sure I’d change things, but I’m also who I am because of it,” she explained. “I like who I am and who my children are—compassionate, with empathy toward others, and a strong connection to God.”

Dawn still holds her fulltime job in Fargo as an interior designer for a family-owned business she’s been with for 24 years but she’s prepared to keep offering “If Only” as long as there’s demand for it.

“The day I stop getting affirmations after I speak is probably the day when God says, ‘You’ve done what you need to do.’”