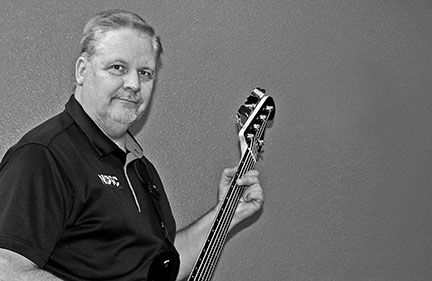 Don Moseman is originally from Rapid City, SD. He served in the United States Air Force with his last assignment as a squadron safety officer. He obtained the highest security clearance in the Air Force, which  at that time which was for Critical Nuclear Weapon Design Information. Don was honorably discharged from the Air Force in 1990 and received the USAF Commendation Medal. He then became a state police officer from 1991 to 2007 and has a bachelor’s degree in Criminal Justice. He had many duties, including his role as a hand-to-hand combat and active shooter instructor.

He began working in schools in 1996 as part of a federal anti-school violence program which placed police officers in schools. In 2003, he was recognized as the Law Enforcement Education Officer of the Year for the United States by the Bureau of Alcohol Tobacco and Firearms for his work in combating school violence.

He has been a certified instructor in more than 40 state, federal and National Safety Council programs. In total, he has taught more than 1,000 law enforcement, safety and leadership courses and instructed over 50,000 people. Don has studied more than 100 school and workplace shootings and has responded to three active shooter events. Don is a practitioner for emergency risk assessments through the National Institute of Crime Prevention. Don previously worked for the National Safety Council and came to the NDSC in 2013.

Back to staff page

What do you do at NDSC?
My family and I are originally from Rapid City, South Dakota and I hold a Bachelor’s Degree in Criminal Justice. After serving in the U.S. Air Force, I was employed as a State Trooper for 20 years. I had many duties for the state, including accident reconstruction expert and the state training director for defensive driving programs. In 2003, I was recognized as the Law Enforcement Education Officer of the Year for the United States by the BATF (Bureau of Alcohol Tobacco and Firearms). I served the National Safety Council for 2 years as the Director of Government Programs and have an extensive background in traffic safety, emergency planning and leadership. I have been a certified instructor in more than 20 state, federal and National Safety Council programs. In total, I have taught more than 1,000 safety courses to more than 50,000 people. I came to the North Dakota Safety Council in February of 2013.

Why is NDSC’s mission to prevent injuries and save lives important to you?
As a former law enforcement officer, I responded to events after bad decisions resulted in people being injured or killed. I now help PREVENT these events from occurring in the first place.

What are your hobbies?
Play in a local Rock Band, Camping, Home Improvement

Name one really interesting thing about yourself.
I have provided protection for 3 former U.S. presidents.

If you could travel anywhere, where would it be and why?
Gettysburg Battlefield. To experience firsthand the sacrifices made to ultimately win the Civil War.

What’s the most embarrassing thing to happen to you?
I crashed my police motorcycle in a parade in front of thousands of people.

If you could change one thing about the world, what would it be?
Too much division. That we all respect each other as human beings first.

Who would play you in a movie?
Jeff Daniels

What is your biggest fear in life?
Failing to be the best father I can be.

“Don’s experiences made this course interesting and added relevancy to the course content that could be “hum-drum”.”

“This course was very interactive and the instructor was very responsive.”

“The instructor was well informed and taught info in an easy way that related to our field.”

“Don was relaxed, experienced, and knowledgeable. He was fantastic.”

“Don made the course very informative and interesting”

“Don was a very good instructor. I liked his real life examples and he kept me engaged.”

“The instructor was excellent. He had a much different presentation than we have had before. It kept our attention all the way through.”

“Instructor had great expertise and loved the hands-on experience.”

“Don is very good and can still make laughter out of a tough situation.”

“Don did a great job on a difficult topic”